A Place For Women!

We  finally got a chance to check in with our good friend Brandi!  We miss her dearly since she decided to flee Texas for Arizona, but one thing is for sure…. she likes to keep her dating life … um…. “colorful”! ☺️  Lets see what she has to share….

We know you to be a pretty tough woman, but I’m sure guys have gotten to you in the past… so what pushes you over the edge with a guy, what’s the absolute worst?

Cheating!  I’ve had just about everything bad that you could possibly dream up happen to me in my relationships, but I think hands down the shittiest thing you could do is cheat.  I’d rather open a door and be punched in the face than to open the door and see them fucking someone.

Why do you think men cheat?

Because some men are selfish, stupid and immature.  Can’t commit to one woman and have to run around trying to conquer as many women as possible. 👊🏼

We would agree with that!  It’s sad but almost every woman we have interviewed has been cheated on, so sad.   So have you ever caught a guy in a lie?

Again, related to when he was cheating.  All the things he said to reassure me that he wasn’t cheating, all the times he said “you’re the only one I want… I would never do that to you….if I wanted to be with someone else I’d break up with you”… the deep passionately thought out lies…it becomes evil in a sense and then creates major insecurities. 😕

We find that this type of manipulation is common in cheaters.  Using heavy amounts of reassuring words to cover their devious acts.  So do you have any tips to always win arguments with your BF?

Wow! 😳 Um, we need to take a 5 minute break from this interview… I’ll be right back!  LOL

So what is your best advice you can give to other women when they are dating a boyfriend that sucks… like when do you know it’s time to move on?

Don’t ignore the red flags at the early stage. Get out sooner than later when your not so invested.  We’ve all been in worse situations and made it out just fine, and you’ll be ok.  It’s better to suffer for a short period and be happy later than drag yourself through a miserable relationship for years.

Listen to Brandi ladies, if you are dating a guy now and he’s doing some shady sh*t, get out!  Can you tell us about a bad or funny break-up?

I tried to break up with a guy I was living with several times and he just wasn’t having it.  So I planned it out for about a week and one morning he was going to work I gave him a hug and kiss goodbye like usual, sent him on his way.  Within minutes had my two best friends show up with their trucks and helped me move all my shit out and in with them.  Worst part was they lived in the same apartment complex as us I was just moving buildings.  He got home from work and all my things, along with me were gone! 😜 Not to mention a majority of the apartment was mine so it was fairly empty. 😁

Damn!  This reminds me of the time I left my Myspace open on my computer and my GF saw some messages. 😳 I got home to a half empty house and there were print outs of the messages with highlights on the sections that were the most incriminating! 😩 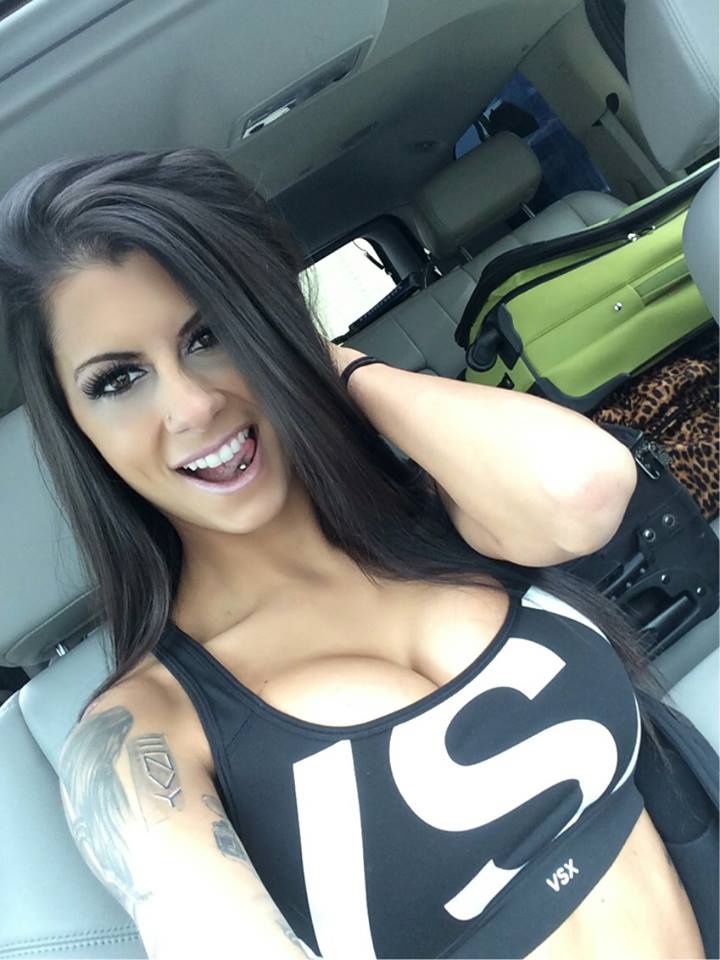 So can you tell us about a bad/funny sexual experience…something that you have rarely shared if ever?!

Lol I’m going to have to leave this fairly private. 😂  But nothing is worse then when the guy is super hot and talks a big game and doesn’t deliver.  It’s like a movie you can’t wait to see and it sucks then your pissed you took the time and money to go and see it.

I bet any guys reading this are thinking to themselves “I wonder if I ever didn’t deliver?” 🤔 lol

So have you had any bad first dates?

I use to only date guys that lived out of town.  But the problem with that is that when you meet up and it goes bad then you are stuck with him for several days!

What are your biggest pet peeves with guys?  And what are some “deal breakers” for you when trying to get your attention?

Liars and cheaters, they go hand in hand.  If you’re not ready to commit just stay single.  It’s not that hard.  But if you want to keep a girl so bad, then give up the single lifestyle. Pick one!

And deal-breakers….one word.. Mandal’s!  I CAN NOT stand a man in flip flops, it’s always been a deal breaker for me.  I don’t care how “nice” your feet are.  Or guys who talk about their ex’s the whole first date. Don’t do that.🙅🏻

Ok last question, list these in order of importance when looking for a future mate:  Income, Looks,  How much he can make you laugh, how good he is in the sack

Unfortunately, I’m a very shallow person. 😂 But also very independent so I can take care of myself, if they can too it’s always a plus but that being said… Looks, how much he can make me laugh, how good he is in the sack, then income.

Well I don’t think it makes you shallow, you are stunning women so it’s fair that given the 4 choices we gave you that you put that one first! 😏

Brandi, always a pleasure to see you.  We miss you in Texas, so please move back soon!  Can we share your IG account?

Good luck B, we’ll see you soon!  And thanks again for rockin our T-shirt! 😉

ENTER TO WIN A FREE T-Shirt by liking us on FACEBOOK! Shirts awarded bi-weekly!